Black Death, our water of life

Black Death, our water of life

Aqua vitae (latin for “water of life”) is an old fashioned name for concentrated solution in ethanol.

Akvavit as most of us know it today is what we Nordics all have in common. Though in my opinion I feel most of our Nordic neighbours have a richer tradition around their spirits then Iceland. Icelanders seem to be a little behind but I am hoping we will catch up.

Our Icelandic spirit is called Brennivín or Svarti Dauði (Black Death) because the original bottles contained a white skull on its black label, it was suppose to warn against consumption. Brennivín is a clear grain spirit and gets its personality mostly from caraway seeds, some use an icelandic barley and angelica but the dominant flavour is always caraway seeds. That’s why it can be considered as an Akvavit. Brennivín is our Islands oldest Akvavit (1935) and until somewhere around 2009 it was the only one.

I think most Icelanders who appreciate good alcohol like and drink Brennivín.

There seems to be some stigma around Brennivín so it doesnt’t make it our first choice. I don’t think its because of the flavour and I think it´s a bit of a shame.

It seems to be a fun thing for Icelanders to introduce Brennivín to foreigners even if they don’t drink it themselves.

To scare them by reffering to it as black death and then see the surprised look on their face when they’ve tasted it and seem to acctually like it.

The only real time Icelanders drink Brennivín is just once year. Þorri is a tradition that starts on a Friday on the 13th week of winter in the old Icelandic calendar, or 19th – 26th January and last until the until the 18th week of winter, or 28th – 24th February.

Þorrinn is a festive time in Iceland and way of celebrating our roots.

It’s were Icelanders come together. Often at home but also at bigger events and they eat Icelandic foods, sing and drink ice cold Brennivín.

I think the best description for Þorrablót is that the food is bad, but then so is the Brennivín, so they cancel each other out.

This tradition of Þorri is in fact very young and is said to have started with a couple of Icelandic students living in Copenhagen celebrating their nationalism in 1873 though they are said to have eaten “regular” food while reciting poems to honour Þór, the Norse god of Thunder. It wasn’t until 1960 that Þorrablót really started gaining its popularity with Icelanders.

Until 2009 there was no need for more than one brand of Brennivín, since there was no market for it. With the increasing popularity of our island after the volcanic eruption in 2008 as well as our part in the economic crisis we were a place almost everyone wanted to visit.

Iceland started to take in more than a couple of times it’s population into the country every year, there was a bigger market for Brennivín, or perhaps a bigger demand. Suddenly this spirit was what all the locals drink and when you are in Iceland you want Icelandic weather, Icelandic food, Icelandic liquor and Icelandic culture.

Welcome to Iceland, here is dried fish and a shot of our only spirit.

Suddenly there are three more distilleries (Foss Distillery, Eimverk Distillery and 64° Reykjavík Distillery) making all natural Icelandic products. Two of those distilleries are doing a different take on Brennivín and one that in my opinion has improved it and crafted something that consists of deliciousness and high quality.

I have used their Brennivín in 5 drinks, that will follow with this piece, in my hope to show it’s usefulness.

In cocktails it is definetly an interesting spirit to use and indeed a very playful one.

All of these spirits are different and while I like them all for their uniqueness the Reykjavík Distillery has two types of Brennivín, both exactly the same apart from one being at cask strength 50% and the regular one sitting at 43%.

The reason I chose it over the others is because of it’s smoothness and distinctive yet subtle notes of caraway and angelica for both product. Though the 50% definitely has more bite, but it also makes it perfect for infusion.

I asked myself what could be more Icelandic than Brennivín and rye bread, so I decided to combine them, by toasting 2 rye breads and letting them lie in the 50% Brennivín for about 30-40 minutes. The result was fantastic, the spirit still kept all of its characteristics, with the added sweet taste of the rye bread. From that I made an take on an Old Fashioned as well as a Manhattan with great results.

I took the 43% Brennivín and used it as a substitute for Gin in a White Negroni, Corps Reviver #2 and the Martini.

In my opinion the future for Brennivín could be wonderful as well for the distillers making it. It is definetly unique among akvavits and I would love to see Icelanders enjoying it as much as our nordic neighbours enjoy their own creations.

We should learn to love our spirit for what it is, with or without the fermented foods.

If not, then my hope is that the constant stream of tourist will keep buying it as they go in and out of the country. I at least know that I will keep enjoying it and look forward to the future of Icelandic spirits and the people making them. 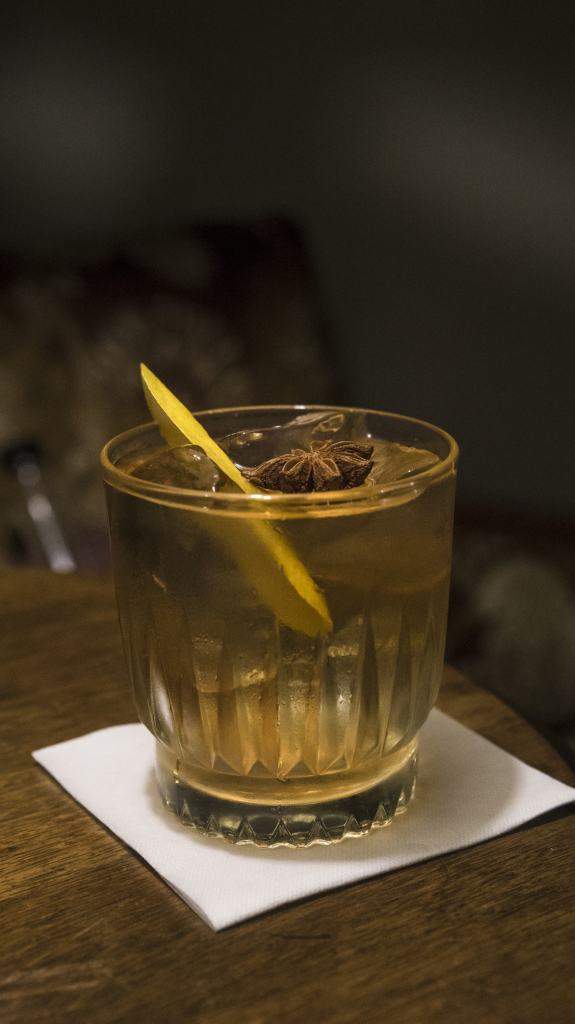 Combine all ingredients in a rocks glass. Add ice and stir for about 20 seconds. Lemon peel and star anis for garnish.

A delight for negroni lovers.  Smooth, bitter and tasty. Great balance between these three ingredients and shows the beauty of Brennivín as well as the usefulness of Gamel Dansk. 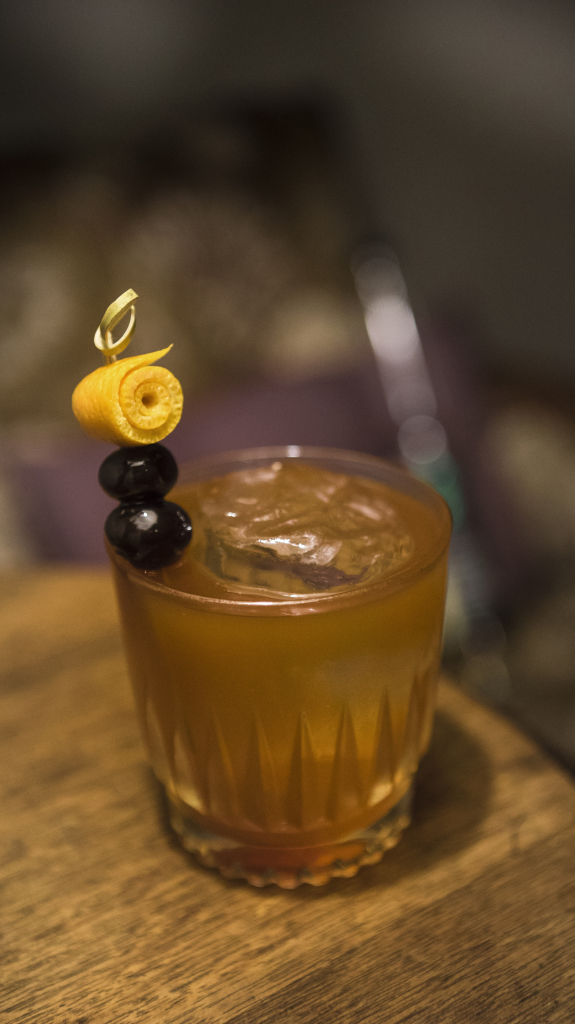 Add all ingredients in a rocks glass. Stir for 20 seconds. Garnish with Orange Peel and two or even three Amarena Cherries.

A very fun drink. Old Fashioned lovers may frown at first when they taste this drink but it just has so much to offer. Sweeter than normal, the syrup lifts up the rye and just makes it funky and good.

Toast two rye breads and let them sit in the 50% Brennivín for about 30-40 minutes.

1 kg brown sugar and peels from two oranges rubbed together until the oiles from the oranges have blended with the sugar and it get sticky. Cover the bowl and let it sit for 20 – 30 mintues before adding 700 ml of boiling water. Stir until sugar is desolved and strain to get rid of the orange peels. 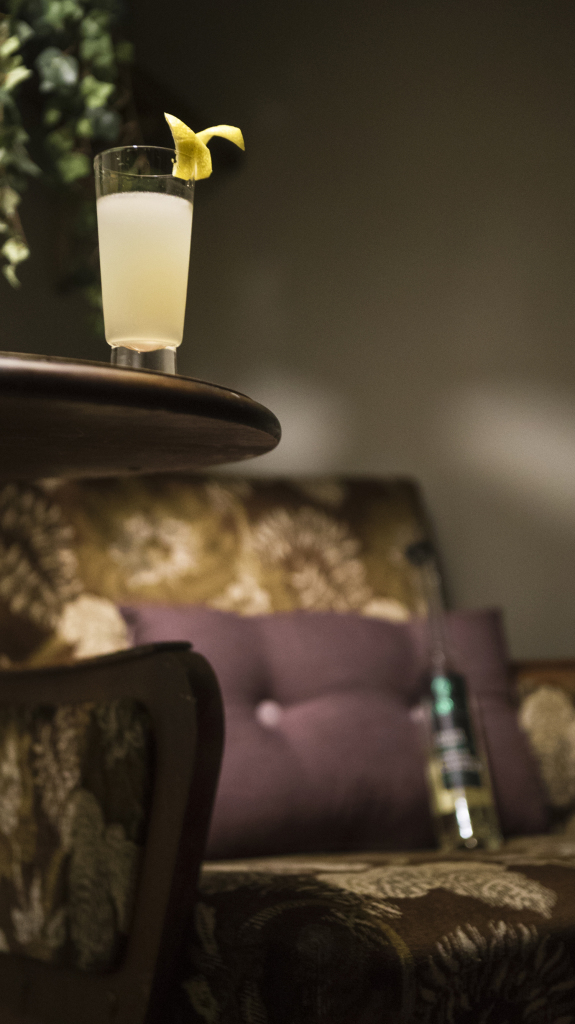 Combine all ingredients except absinthe into the bottom tin of the shaker, fill the top tin with ice and shake it. Rince your cocktail glass with absinthe before double straining the drink into it.

Sour and fresh just like the Corpse Reviver #2 should be. The Brennivín comes in and replaces the gin perfectly. 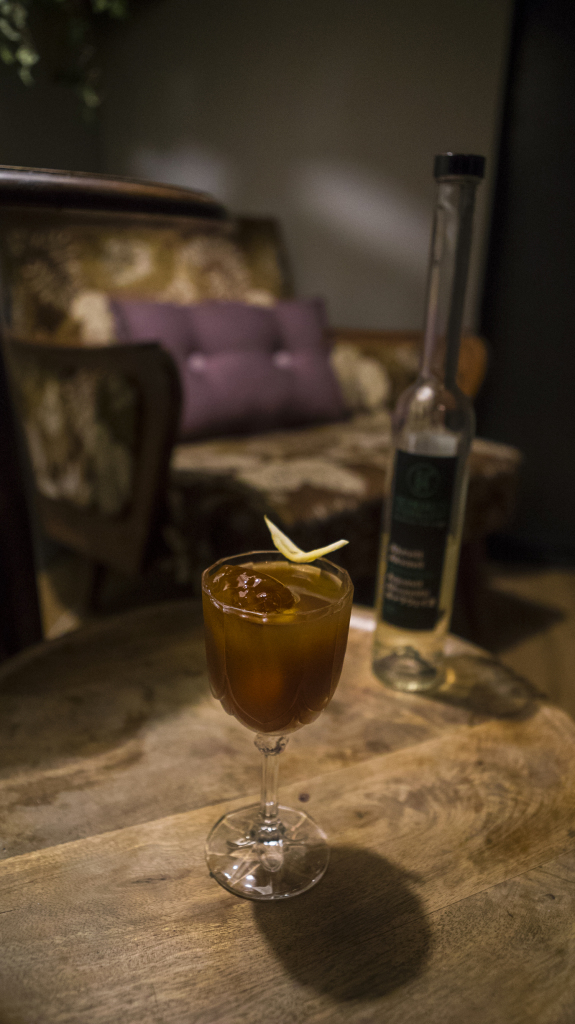 A very diffierent Manhattan indeed. Heavy on the rye, sweet with distinct flavours from caraway and anis. 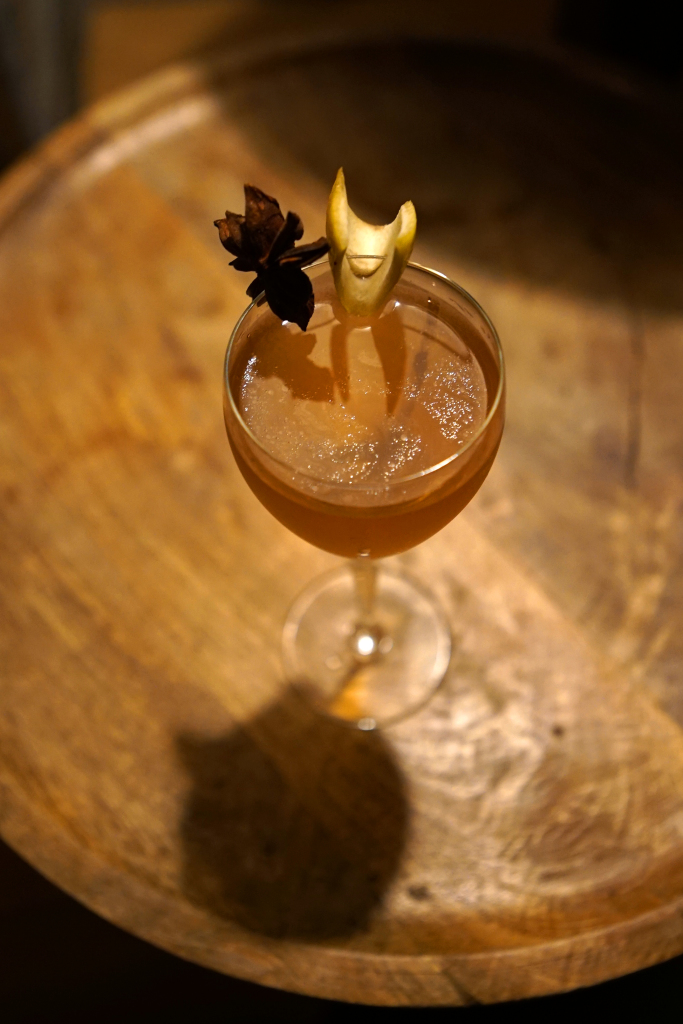 Combine all ingredients in a mixing glass. Stir for 20 seconds and then strain into a chilled coupette.

Garnish with a lemon peel and star anis.

A great, great twist on the Martini. Strong, dry with pleanty of botanic flavors. Definitely a drink I will be drinking more of. 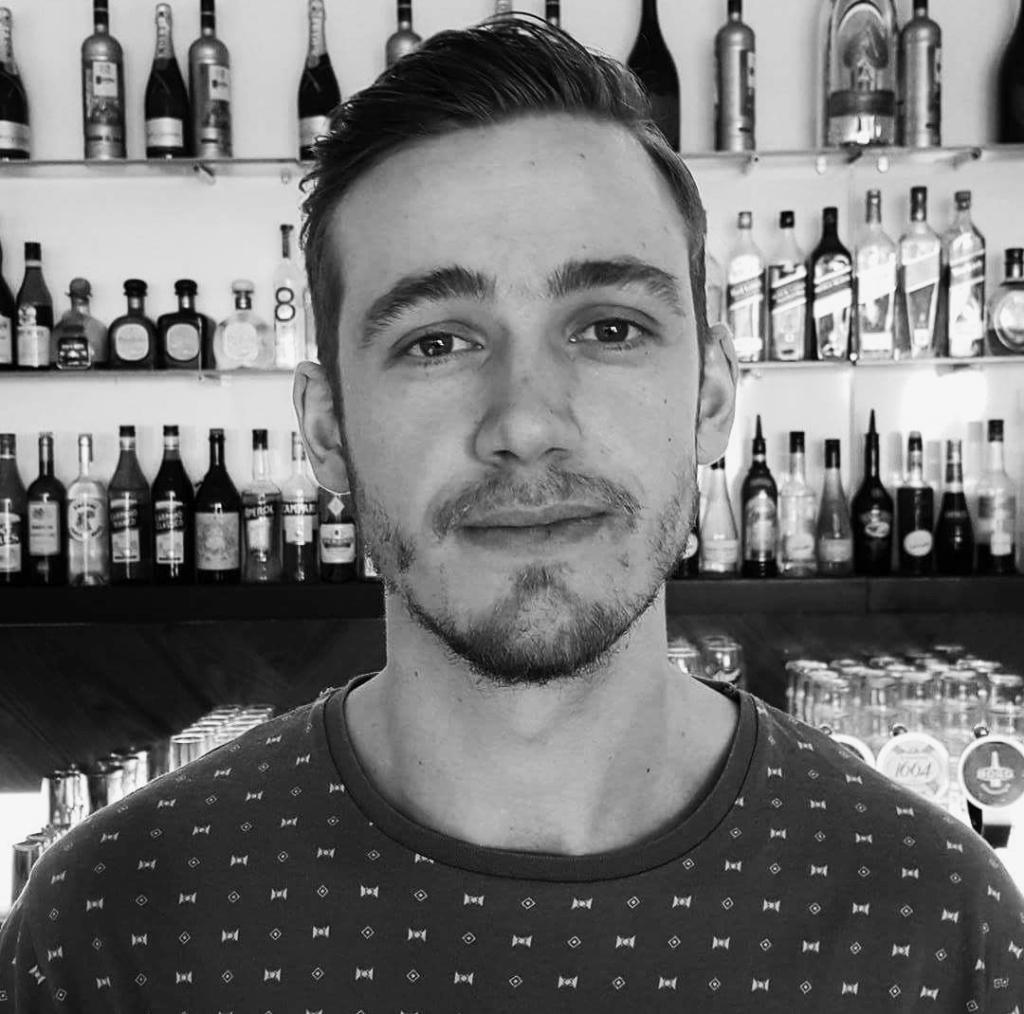